An Ode to “Cecil”

He will never feel the wind in his hair, the sunlight on his face or the grass under his feet. His body was torn apart – the worth found only in it’s dissected parts. A trophy for a hunter.

He was pursued and hunted for his value. A value that was placed on him by greed and narcissism. His desires didn’t matter. What truly mattered was the value placed on his life – his very body was parceled out to the highest bidder. What he might have showed us or accomplish didn’t matter. It wasn’t about him at all. It was only about how he could meet the needs of another. Even though it cost him his life, it was never about his needs or wants. That’s the problem with narcissistic behavior. It never considers the impact on another. It is only concerned with “self.”

Sadly, “Cecil” didn’t die on the African plains, but in the warm, supposedly safe, womb of his mother. You see, this “Cecil” was the baby boy who ended up in a petri dish – shattered by an abortionist’s tools and sold for the sake of “science.” His arms, legs, heart, lungs and liver were of more value to a morally bankrupt society, than the child himself. God help us. God help any society that has turned a blind eye to an organization that actively seeks to harvest and sell the broken bodies of babies like “Cecil.”

Maybe, because of a few brave people, who have dared to do the right thing, this barbaric harvest of body parts for payment will end. Only time will tell – and maybe this will be the catalyst to awaken those who have been sleeping far too long. Let’s hope, and pray, this is just the beginning. The awakening of those who have been silent and unwilling to engage in the battle. It’s time to do the hard work, of changing hearts and minds to again value life – particularly the life of the unborn.

One thought on “At the Intersection” 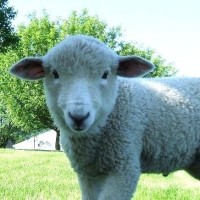